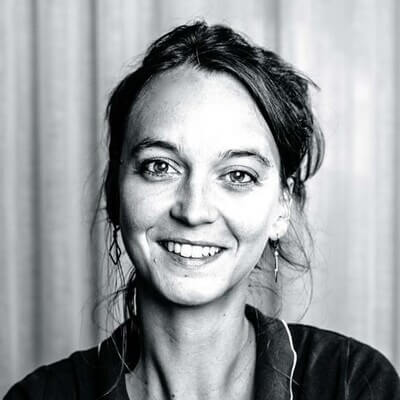 Ivy obtained a master degree in Political, Social & Communication Sciences and in Journalism. After working shortly as production assistant for Fobic Films and Pix&Motion, she joined the Brussels based Caviar in 2006. She moved on to line producing feature films and shorts with directors of her own generation such as Tim Mielants, Hans Van Nuffel, Joost Wynan. Ivy was actively involved in projects such as My Queen Karo and Dirty Mind & Left Bank. From there on she represented Caviar as a senior producer of numerous feature films and TV series such as the critically acclaimed series The Outlaws (Kaat Beels & Nathalie Basteyns, aired on Channel 4). In 2015, three of her features were released, e.g. the internationally awarded box office hit Black. That same year she shifted her focus to the international level, handling the international sales & co-productions. In 2016 Ivy joined the fiction department at De Mensen as executive producer. Here she oversees all fiction productions, e.g. Undercover season 1, 2 and 3, De Kraak, Beau Séjour 2 and many others.