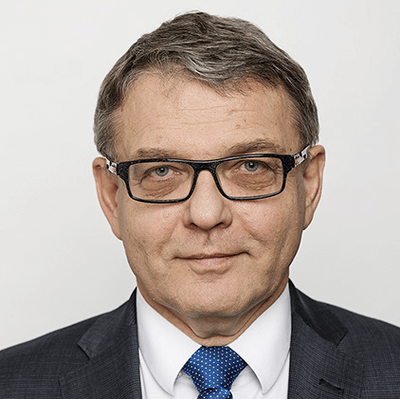 Lubomír Zaorálek was born in Ostrava, in 1982 he completed his studies at the Philosophical Faculty of Jan Evangelista Purkyně University in Brno (now Masaryk University), majoring in philosophy and economics. After graduation he worked for Czechoslovak Television in Ostrava as a dramaturg. In November 1989 he was a co-founder of the Civic Forum in Ostrava. In January 1990 Zaoralek was elected to the House of People. He joined the social democratic party CSSD in 1994 and was elected to the Chamber of Deputies of the Czech Republic two years later. Between 2002 and 2006, he was the Chairman of the Chamber of Deputies, and from 2010 to 2013 he served as the 1st Vice-Chairman of the Chamber of Deputies and the Shadow Minister of Foreign Affairs for the CSSD. In January 2014 he became Minister of Foreign Affairs and held the position of Vice-Chairman of the Party for several years within the Czech Social Democratic Party. In August 2019 he was appointed Minister of Culture of the Czech Republic. He is the Chairman of the Board of Directions of the think-tank of Masaryk´s Democratic Academy.