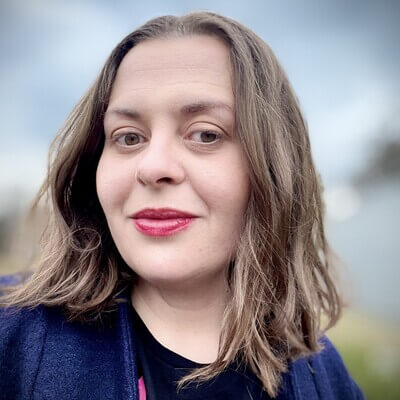 Lucia graduated in philosophy and film studies at Charles University and screenwriting and dramaturgy at FAMU, where she is currently teaching as well as studying in the Ph.D. program. She was the program director of Queer Film Festival MEZIPATRA until 2015 and now works for IFF Prague Febiofest. She consults scripts for the Czech Television Film Center and also on various independent feature and animated projects. Her student films at FAMU, together with director Jakub Šmíd, include AMANITAS (2016) and NON-SWIMMERS (2011, The Magnesia Award for Best Czech Student Film, official festival selection at Premiers Plan Angers, Les Nuits en Or, BFI London Film Festival and many others). Her short film debut as writer/director, INVERSION (2021) premiered at the Prague Short Film Festival. The web-series TBH (creator, showrunner and director) will premiere on Czech Television in 2022, following its world premiere at Serial Killer Festival Brno.