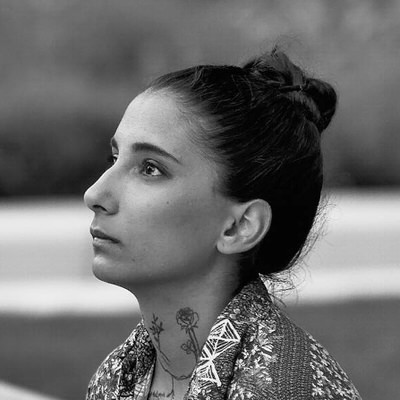 Lucie started her career in social work. Later, she found passion in the art of the camera and under the leadership of professionals from the industry she perfected her skills. She joined Tuke.TV in 2021.

Her acting talents were recognised by the director of a miniseries BETWEEN / WORLDS, so she was cast in the main role. The project is perfectly aligned with her personal topic, which is LGBTQ + representation with focus on the young Roma community. Since the release of the teaser, she has been approached by several producers for current projects in development.